Children see magic because they look for it!

Increasingly, child-development experts are recognizing the importance of imagination and the role it plays in understanding reality. Imagination is necessary for learning about people and events we don't directly experience, such as history or events on the other side of the world. For young kids, it allows them to ponder the future, such as what they want to do when they grow up. 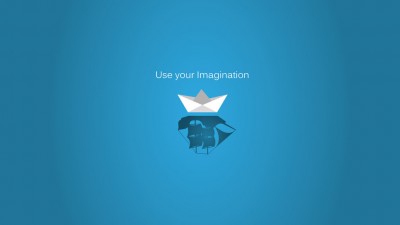 "Whenever you think about the Civil War or the Roman Empire or possibly God, you're using your imagination," says Paul Harris, a development psychologist and professor at the Harvard Graduate School of Education who studies imagination. "The imagination is absolutely vital for contemplating reality, not just those things we take to be mere fantasy."

Psychologists like Jacqueline Woolley, a professor at the University of Texas at Austin, are studying the process of "magical thinking," or children's fantasy lives, and how kids learn to distinguish between what is real and what isn't.

The hope is that understanding how children's cognition typically develops will also help scientists better understand developmental delays and conditions such as autism. For instance, there is evidence that imagination and role-play appears to have a key role in helping children take someone else's perspective, says Dr. Harris. Kids with autism, on the other hand, don't engage in much pretend play, leading some to suggest that the lack of such activity contributes to their social deficits, according to Dr. Harris.

Your child’s play skills are developing, enjoying role-play. He is currently in a period of play development referred to as symbolic play and is creating a world of pretend and make-believe play. During this period children start to use more imagination and start to identify one object as another, e.g. a brush becomes a boat.

Motor Development: Gross Motor Skills
• I can walk heel-to-toe; skip (though unevenly); and run well
• I can stand on one foot for five seconds or more
• I can walk down steps, alternating feet; judge well in placing feet on climbing structures
• I have developed sufficient timing to jump rope or play games requiring quick reactions

Motor Development: Fine Motor Skills
• I enjoy manipulating play objects that have fine parts
• I like to use scissors
• I practice an activity many times to gain mastery

Language and Thinking Development
• I like to sing simple songs; and know many rhymes and finger plays
• I will talk in front of the group with some reticence; I like to tell others about family and experiences
• I use verbal commands to claim many things; I may have begun teasing others

Social and Emotional Development
• I still engage in associative play but have begun true give-and-take, cooperative play
• I show difficulty sharing (some children more than others) but have begun to understand turn taking and play simple games in small groups
• I become angry easily (if things don’t go my way at times)
• I now prefer to play with others more often; I seek to resolve negative interactions although I lack verbal skills to resolve all conflicts